The Most Underrated Rolex? – The Turn-O-Graph

Considering its design paved the way for Rolex’s most successful range of sports watches ever, and featured the rotating bezel before being utilised on any other Rolex – the Rolex Turn-O-Graph is only just beginning to receive the true recognition it deserves. This longtime underdog was rapidly upstaged by its more famous stablemates during the 1950s, but it shaped history in a big way for Rolex and only now is this becoming clear.

Looking back, the Rolex Turn-O-Graph was undoubtedly aimed at a certain person’s wrist, but whose wrist was it? Its innovative design slotted in somewhere between the Submariner and the Datejust, which may explain why it went under the radar for some time. Despite being first and Rolex’s thoroughness in engineering being as meticulous as ever, its importance has been overlooked. Overshadowed by the launch of the Submariner and GMT, both owe a good deal to the Turn-O-Graph. Most notably it was Rolex’s first tool watch and the first to introduce a rotating bezel and the Rolex Oyster bracelet. 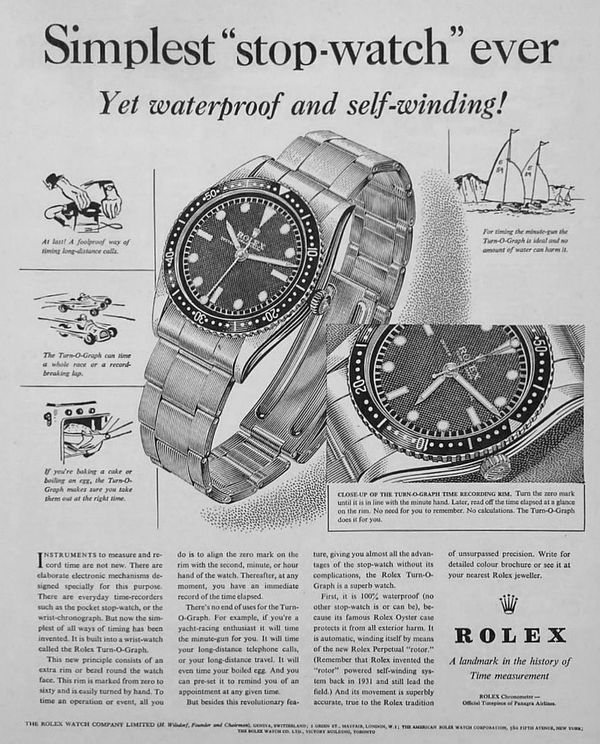 Since the manufacture of the Turn-O-Graph ceased in 2011, early examples are becoming more sought-after and collectable to own, and here are a few of the reasons why…

The first thing to realise about the Rolex Turn-O-Graph is its robust perfectly balanced design formed the backbone for the now iconic Submariner family of watches. For the real watch geeks among us, it wasn’t absolutely, the first Rolex model to feature a rotating bezel, but it was the first serially produced Rolex model equipped with this practical function. The very first was the ultra-rare Ref: 3346 Zerographe, of which Rolex only produced around 7-13 models in 1937. 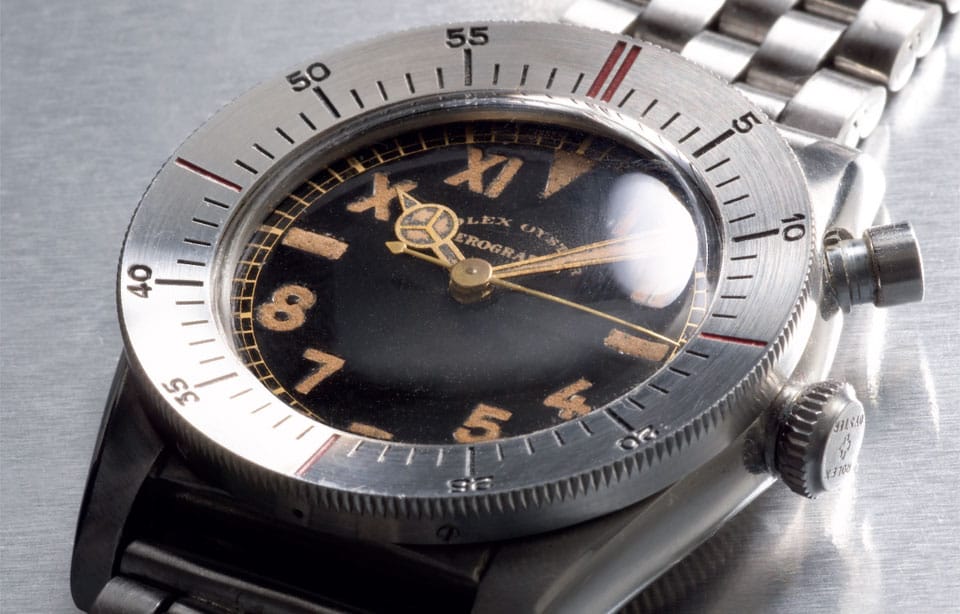 The Rolex Turn-O-Graph has had many variants. For example there are models with stick hands, models with Mercedes hands, timepieces adorned with oyster bracelets made from stainless steel and gold – some with honeycombed dials – others with dauphine hands or gold dart markers, and so on. The point being there were plenty of versions available, which makes it harder to understand why Rolex found it so difficult positioning the model from the beginning. Why was this? Why did the most recognised luxury watch manufacture in the entire world struggle to give the Turn-O-Graph its place in the catalogue?

Well, by the time the first model, the Ref: 6202 was replaced by the 6309 in 1954, the Submariner was already making waves within the watch industry. Its rugged diver-ready design appealed to adventure seekers, swimmers, daring undersea explorers, and sports enthusiasts alike. Not only this, but the Turn-O-Graph also had to contend with the Rolex GMT-Master watch, which was also making its name as the ideal pilots watch. Where could the Turn-O-Graph pitch itself next to these two bold personalities? 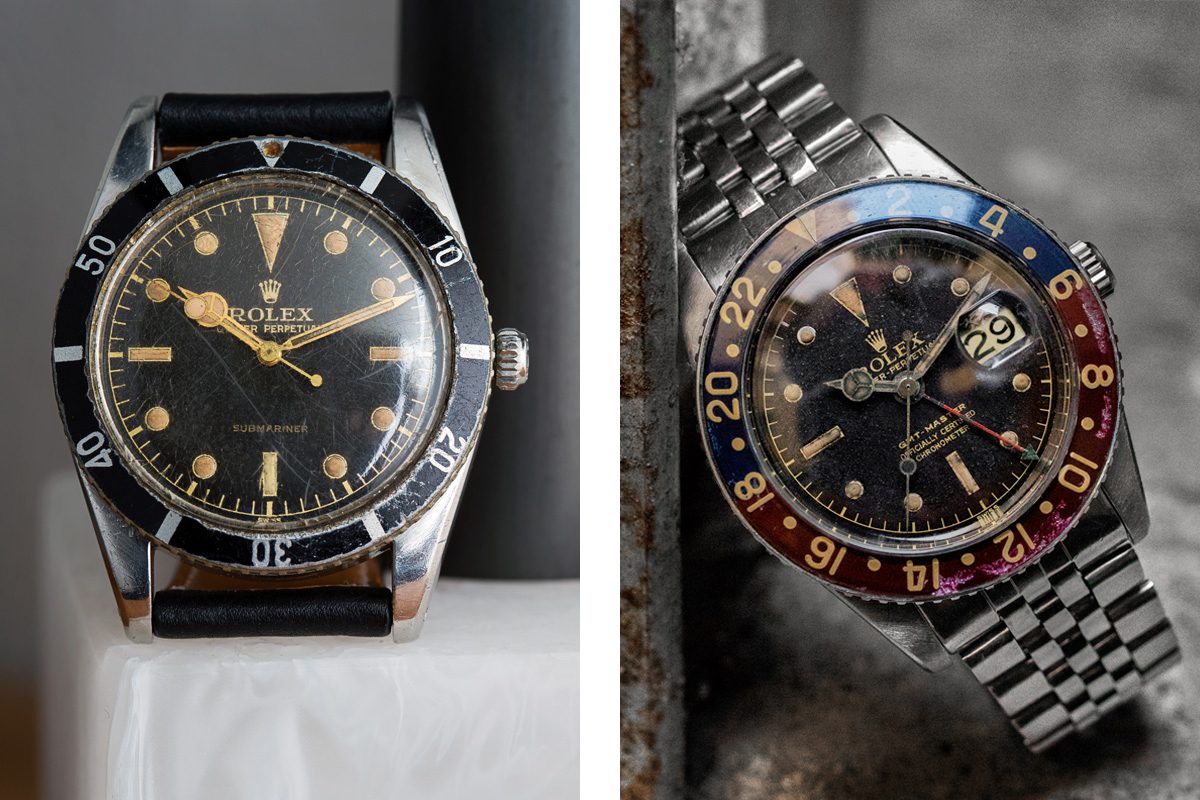 Luckily Rolex did come up with a plan for the Turn-O-Graph, an idea which would enable the model to sit within its own genre. The Rolex Turn-O-Graph would be the timepiece for professionals and businessmen and so the sophisticated design of the Ref: 6309 model introduced the date complication, lending it towards the very popular Datejust collection. The date was positioned underneath Rolex’s unmistakable cyclops lens for enhanced legibility. Five and ten-minute markers were applied to the engine turned bezel to make this much simpler. After an upgrade of movement, the Turn-O-Graph fulfilled the promise of unparalleled accuracy and unbeatable performance just as one would expect of any Rolex watch which had come before. The peerless Calibre 743 replaced the Calibre A260 and as a result, the model was re-titled the Rolex Datejust Turn-O-Graph and was now pitched towards the tastes of those with a preference for sporty dress watches as opposed to professional diving or pilots’ watches.

Many may be familiar with the Turn-O-Graph’s famous nickname, – the Thunderbird. The wrists of only those who secured a position within the USAF elite Air Demonstration Squadron were issued a Rolex Turn-O-Graph watch. The standard was set after one Thunderbird pilot sported the watch on his wrist, spurring the Squadron on to form a relationship with Rolex and asking the brand to supply all team members with one from this point forward. With its easily readable dial and durable case construction which had been tested beyond all means, the Rolex Turn-O-Graph was the perfect timekeeping tool to accompany the first supersonic precision aerobatic team as they soared through the skies at over 739mph. 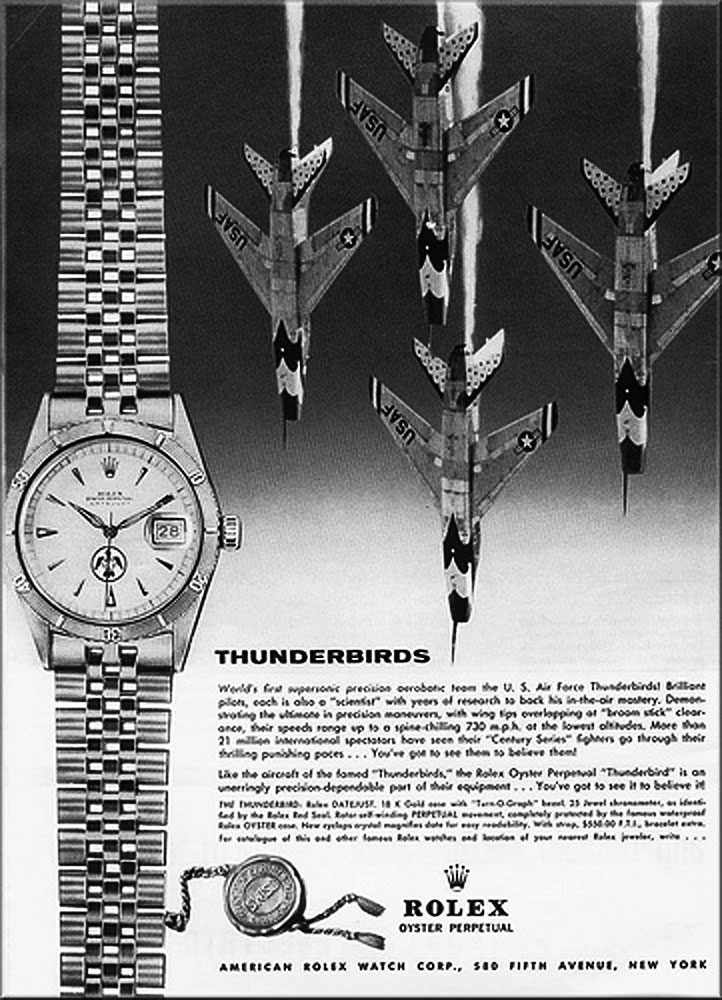 Another revamp of the Turn-O-Graph came during the 1970s when the model was equipped with a new movement once again. The Calibre 3035 was a sensational self-winding movement that provided a 50-hour power reserve and beat to the rhythm of 28,800 vibrations per hour.

To sum up, the Rolex Turn-O-Graph is currently an affordable and sensible alternative to the Submariner, especially if you’re not one to conform to the norm. Although resembling the useful features of the Submariner from a practical point-of-view, the Turn-O-Graph is unique in its own way. Aside from the aesthetical characteristics which make it an appealing alternative in its own right, it has a fascinating past. It takes the wearer on a journey from the original pencil-sketch concepts of the first model, right through to a well-deserved position within Rolex history today. So if you’ve glanced past the Turn-O-Graph as an option for a daily companion before now, it well deserves a second look.

Considered Rolex’s first tool watch, a military watch and the first pilot’s watch (before the 1955 GMT-Master), this underrated Rolex model can be purchased for little more than a standard Datejust model. Not only this, but even very early Turn-O-Graph watches (all except for the Ref: 6202) sell for a very reasonable price too. As history has proven time and time again, the resurgence of a model like the Turn-O-Graph could come very quickly. Thus, now could be the perfect time to pick up a vintage Turn-O-Graph watch, and take advantage of this very special timepiece before the rarer models become impossible to find. 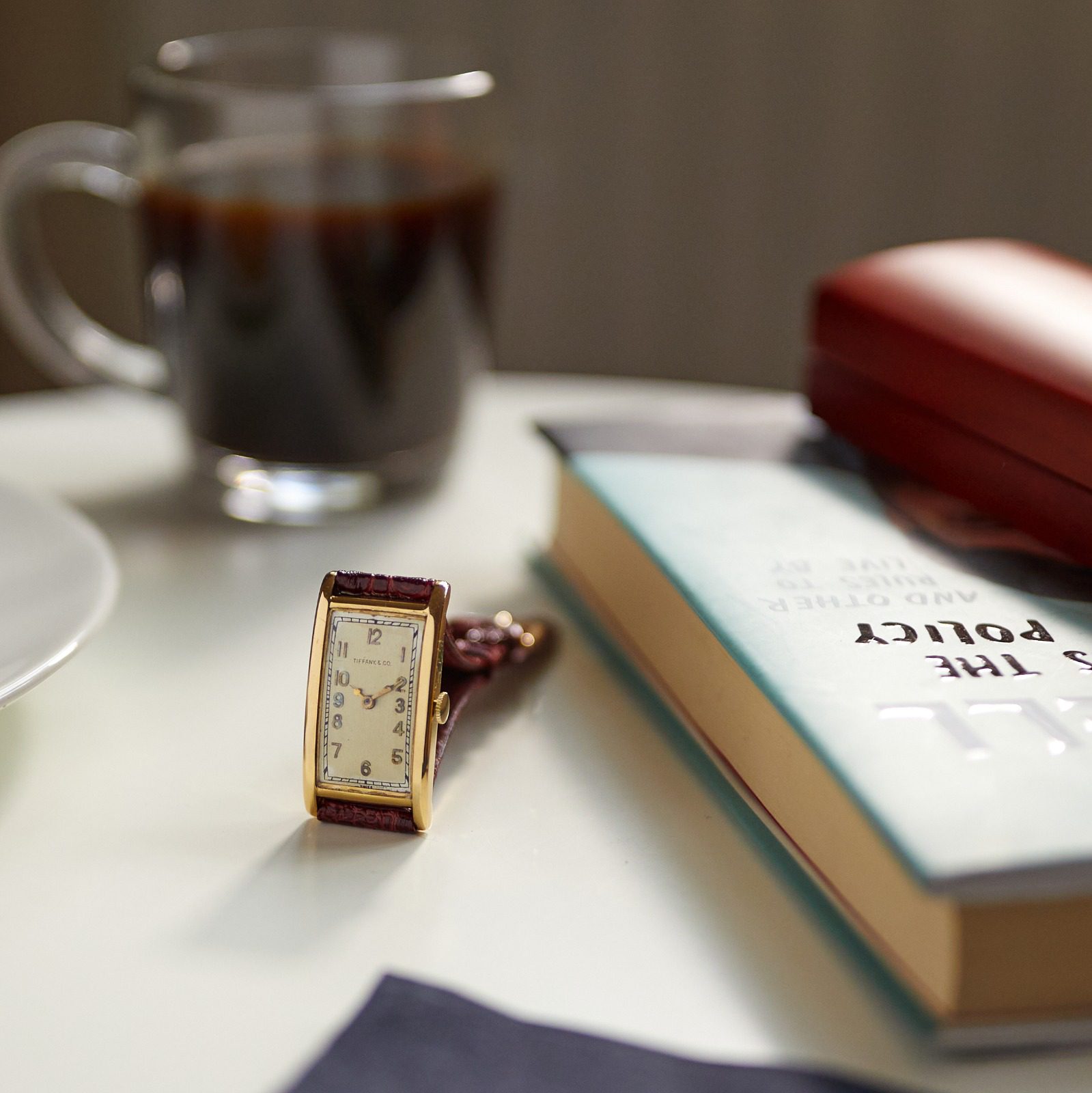 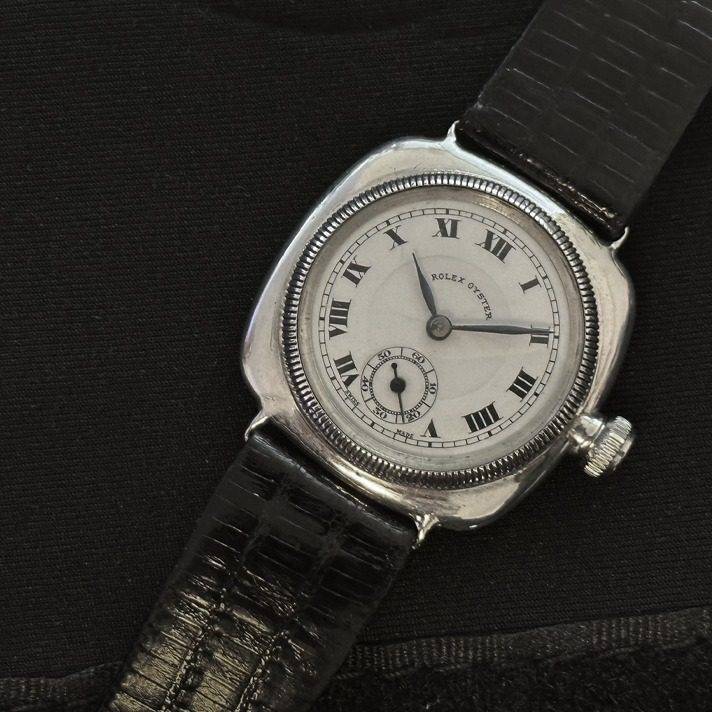 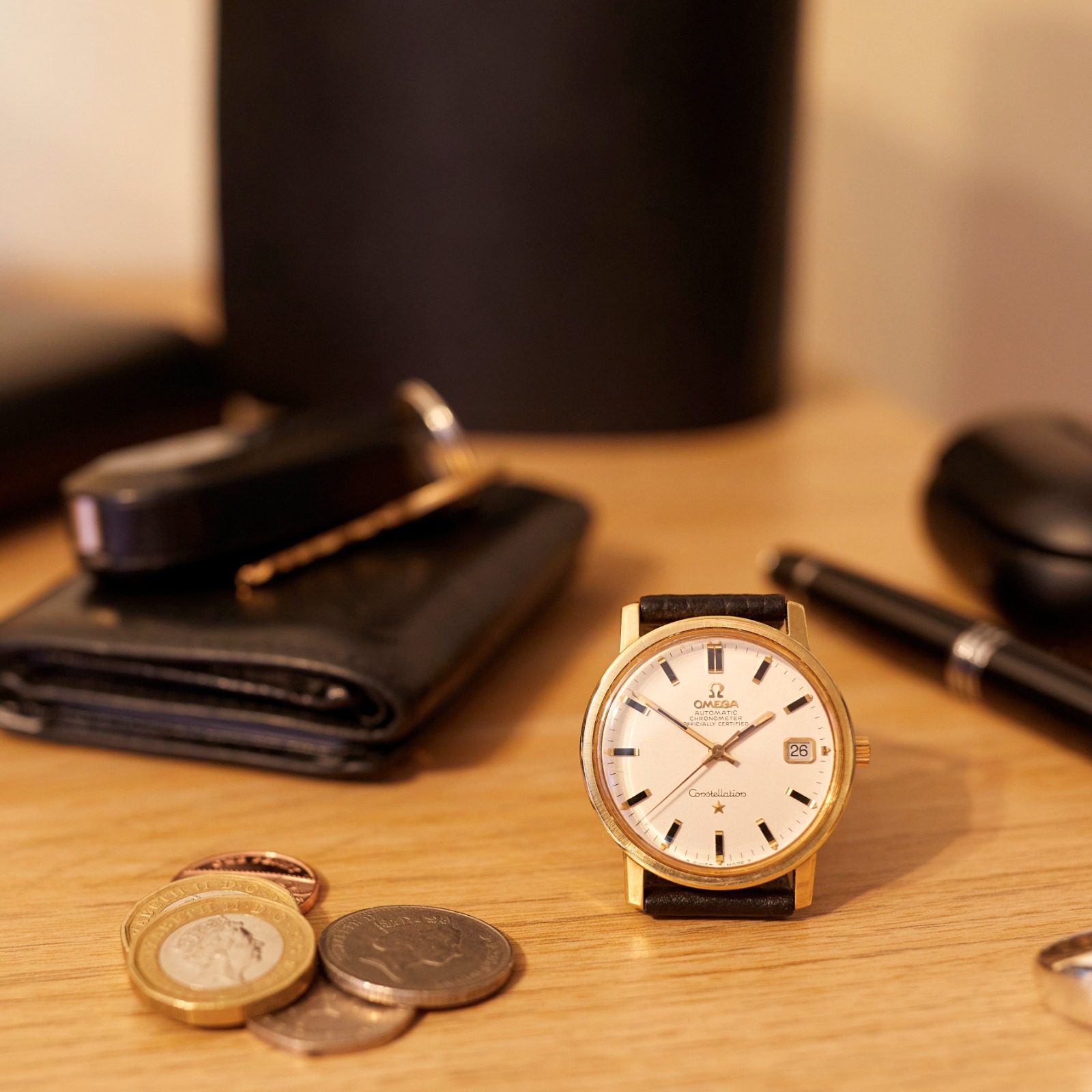 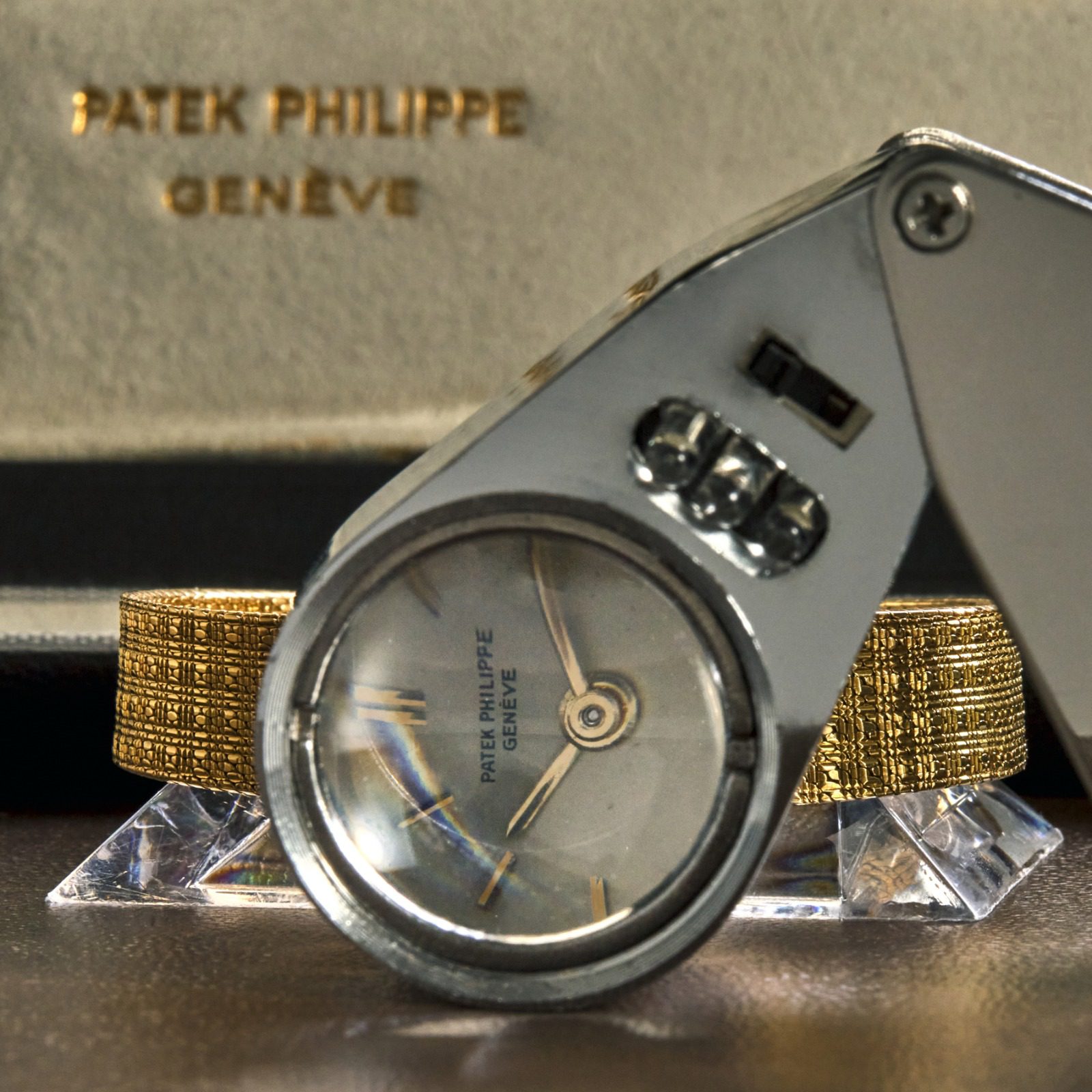